School of Information Sites
Skip to main content
Home / 2018 / December / 05 / Autonomous Vehicles
Autonomous Vehicles by anonymous As Internet of Things technology becomes a larger part of our lives, there will be privacy and ethics questions that will need to be addressed by lawmakers to protect consumers. With companies like Waymo, Uber, and other start-ups pouring millions of dollars each year into autonomous vehicle technology, self-driving cars are just around the corner and will make huge changes in our society in the next decade. As these technologies have developed over the past 5 years, questions surrounding the safety, potential ethical dilemmas, and subsequent legal issues regarding self-driving vehicles have been widely discussed and at least somewhat regulated as autonomous vehicle testing takes place on our roads. One topic that has been missing from the conversation is potential data protection and privacy issues that may arise once computer operated vehicles are shuffling us around while collected and using the stores of data they possess to subtly influence our daily lives. 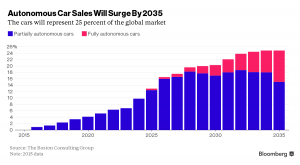 To illustrate an example, Google already has troves of data on each of its users, collected from platforms and apps such as Gmail, Google Maps, Android phones, Google Fi equipped devices, and Google Homes. If Waymo, an Alphabet subsidiary, begins selling self-driving cars as personal vehicles, Google will gain access to new granular behavioral information on its users. What places does a person go to, at what time and on which days, and which brands do they prefer? Waymo could use information gathered along with the data Google already has to integrate targeted ads to persuade its users to visit sponsored businesses. For example, if McDonalds pays Waymo, they may suggest a 5 minute detour to stop for food during a road trip when an alternative such as Burger King is available with a shorter detour. Waymo could target users who Googleís machine learning algorithms have determined would buy food at McDonalds after being nudged by their vehicleís suggestion. Most users may not ever know that they were a victim of a sponsored suggestion. Autonomous vehicles will be able to do this for retail, restaurants, grocery markets, bars, as well as services such as dry cleaning, salons, etc. If no protections are put in place, companies will have free reign to target users and influence their decisions each time they get into a vehicle. 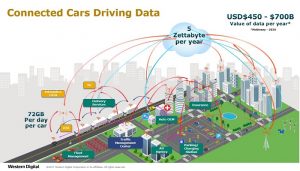 There are a few simple things that can be done proactively rather easily by companies to reduce potential harm to users. This is an area where regulations will be crucial since there will be no standards or consistency without legal guidelines. Companies can remove personally identifiable information in their databases, avoiding the potential harm of data leaks or hacks and making it more difficult for other platforms to use data gathered to target users. They can also give users the option to be targeted and even offer direct discounts in exchange for targeted ads. This would both provide a tangible benefit and could also serve to ensure that users are aware that they are being targeted when they receive their perks. Unnecessary data can be deleted after a certain time period so that each personís history is not stored forever. This domain is entirely new for data gathering, targeted advertising, and sponsored suggestions and has had no impact on peopleís lives in the past. The question of what protections will be put in place for people as self-driving cars enter our roads is a fundamental one that needs to have answers. Technology today develops so quickly that legal guidelines often lag, as they take time to form and be passed into law. This leaves a hole for technology to be pushed to production quickly, leaving users, the general public, to take the full exposure of potential harm.