School of Information Sites
Skip to main content
Home / 2020 / June / 08 / How census data leads to the underrepresentation of minority voters
How census data leads to the underrepresentation of minority voters By Anonymous | June 5, 2020 As of the writing of this piece (June 2020), the United States (U.S.) is in turmoil over systemic police violence against black Americans. Every incident of police violence against black Americans follow a cyclical pattern: the initial killing occurs, images of the killing are spread across the media, the nation becomes outraged and protests occur. Companies and politicians offer some semblance of public support to the protestors and to the black community. Eventually the protests stop, new stories crop up, and America movies on. Despite this pattern, the relevant policies that lead to the initial killing rarely change meaningfully. This blog post examines through a data science lens some of the underlying reasons for low voter turnout in populations that are interested in changing these policies. I look at the collection and usage of census data and the resulting impact on voter turnout, congressional representation, and policy formation. The U.S. census is a decennial survey of every resident of the U.S., with the most recent occurring in 2020. The census is the closest there is to a comprehensive view of who lives in the U.S.. Residents receive a letter that generically describes how the data collected from the census will be used. A Pew Research Center study found that this description does not do enough and that most Americans do not know what questions are on the census, let alone how their responses are used. 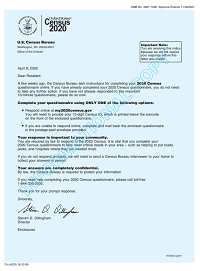 Figure 1: The census letter received by U.S. citizens This is problematic due to the far-reaching consequences that the census has on citizens’ representation in government. One use case for the census is data is to re-draw voting districts. This process has largely become partisan gerrymandering – redrawing districts such that political candidates from your party are more likely to win an election. The use of census data by political parties to draw voting districts is one reason why policies do not change after each cycle of police shootings – redistricting puts those who are more likely to vote for change in districts where their votes are less impactful. 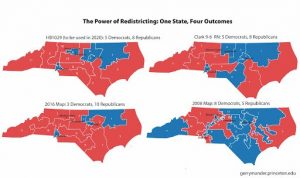 Figure 2: Gerrymandering visualized: the same map with 4 different electoral outcomes In addition to gerrymandering, politicians use census data collection to lower representation of certain populations in government. The Trump administration recently attempted to collect data via the 2020 census on citizenship status. Many worried that by collecting this data, U.S. residents who are not U.S. citizens (particularly those who entered in the U.S. illegally) would not respond to the census. Consequently, as many as 3 million U.S. residents (around 1% of the overall U.S. population) would not be counted in the census. This lowers both the congressional representation and the allocation of votes in the Electoral College for those people, effectively ensuring that any resident who lives in that area has less of a say in national government. The collection and use of census data is structurally comparable to the experiments detailed by the Belmont report. As detailed on the Census website itself, data is used in research settings across the world by people from “all walks of life”. There is a lack of respect of persons here as the Census bureau tells citizens that responses to the census are “required by law” but cannot tell citizens how the information will be used. Secondly, politicians of census data violates the Belmont Report tenets of both beneficence and justice as the benefits of voting district and congressional representation generally harm populations that want change. Let’s turn to Nissenbaum’s contextual approach to privacy. Although this data may be considered public use, the census does not clearly explain to its subjects how lawmakers and researchers will use the data. Through the Nissenbaum lens, the reader can more easily draw a disconnection between traditional privacy frameworks and the way politicians use census data for voter disenfranchisement. Voter suppression and disenfranchisement is widespread among black voters and other populations that wish to enact legal change in the policies that lead to the disproportionately high rate of black men killed by police. I hope that this post can help shine some light on one possible reason for the lack of policy change in this area. As an initial step, I also recommend that individuals vote in officials who have the power to and will take responsibility for ending gerrymandering as well as other malicious uses of census data. I also hope that this blog post can start a longer and more thorough conversation on how Americans can collectively improve our data collection and usage practices to better protect voter rights, and in turn protect our voting populations. References: