School of Information Sites
Skip to main content
Home / 2020 / June / 08 / The Police State Is Monitoring Your Social Media Activity and Is Encouraged To Track and Arrest You For Exercising Your First Amendment Rights
The Police State Is Monitoring Your Social Media Activity and Is Encouraged To Track and Arrest You For Exercising Your First Amendment Rights By Anonymous | June 5, 2020 In light of the nationwide protests following outrage over the deaths of George Floyd and several others in the hands of police officers this past week, the nation is as polarized as ever. Millions of citizens are supporting grassroots organizations that aim to highlight systemic injustice and advocate for police reform, while some police departments, city governments, and other political actors are pushing back against the gatherings. The president of the United States himself has verbalized his position against the demonstrations that are occurring across the country, antagonizing protestors and encouraging police to become more forceful in their suppression of citizens’ First Amendment rights. Just weeks after the President commended protestors for opposing the nationwide lockdown in response to Covid-19, his rhetoric has quickly shifted to condemnation of Black Lives Matter protestors. Audio released from the President’s call with the Governors regarding how to handle the demonstrations reveals that Trump said, “You’ve got to arrest people, you have to track people, you have to put them in jail for 10 years and you’ll never see this stuff again.” Trump’s overt endorsement of the surveillance and incarceration of citizens is alarming and provides a necessary junction for discussion about the ethics of data monitoring by law enforcement. When the President encourages police across the country to track and persecute its civilians, especially those who are in ideological opposition to the Administration and the police state, many Americans’ are at risk. Law enforcement can and has data from mobile devices to investigate citizens in the past. From companies like Geofeedia and their social media monitoring, to Google’s Sensorvault database of location histories, to companies like Securus which used geolocation data from cell phone carriers to track citizens, Americans are facing ubiquitous threats to their privacy. These three instances of data collection and use by law enforcement elucidate the argument for greater corporate responsibility and the urgent need for legislative reform. In this post, the focus will be on Geofeedia and the risk that this type of data collection and monitoring brings to light. 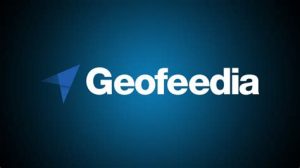 Figure 1 In 2016, the ACLU uncovered that a company called Geofeedia had been providing personal data about protestors to police departments. Geofeedia aggregated and sold data accessed through Facebook, Twitter, and Instagram to multiple police departments. This data was used to track the movements of protestors, which led to the identification, interception, and arrest of several people. This type of surveillance was occurring in notable hotspots of civil unrest like Ferguson in 2014 (following the murder of Michael Brown) and Baltimore in 2015 (following the murder of Freddie Gray), but the ACLU of California published public records showing that police departments across the state were rapidly acquiring social media monitoring software to monitor activists. There has been extremely little debate about the ethics of this technology or oversight on the legality of its use. And, only after the ACLU reviewed public records and released the information, did the social media platforms suspend Geofeedia from utilizing their data. Still, many civil liberties activists have voiced reasonable concerns around the lack of foresight and responsibility by these social media companies. Nicole Ozer, technology and civil liberties policy director for the ACLU of California, made the point that, “the ACLU shouldn’t have to tell Facebook or Twitter what their own developers are doing. The companies need to enact strong public policies and robust auditing procedures to ensure their platforms aren’t being used for discriminatory surveillance.” Ozer’s point is especially poignant when considering that Geofeedia is just the tip of the iceberg. Despite the pubic criticism of Geofeedia by the social media companies involved, this has not reduced the utilization of social media profiling by law enforcement. There is a myriad of other companies who perform similar services that were not exposed in the ACLU report, and even Geofeedia emails detailed that their contract with Facebook allowed them a gradual reactivation of data. With a federal administration that is visibly callous and ignorant of the constitution, it is as important as ever for companies and local legislators to fight to protect the data rights of citizens and ensure that technology companies are acting in the best interests of the people. Individuals who show their solidarity with victims of police brutality and systemic racism could be subjected to unconstitutional surveillance and oppression because of the content of their speech on social media or their presence at public assemblies. If the police use technological tools to continually monitor the movement of citizens, certain individuals will essentially be made political prisoners of a country under martial law that is quickly demonstrating its totalitarian nature. 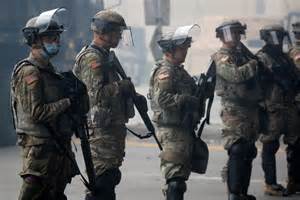