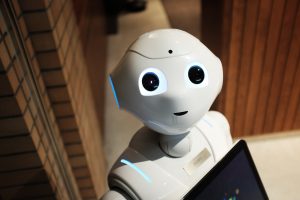 Ask people to describe a home in “the future,” and more than a few will describe a house that’s something like Tony Stark’s mansion: lights that turn on when you walk in, appliances that brew your coffee when your alarm goes off, and voice-controlled everything, from ambient music to air conditioning, all done through conversation with your butler that’s actually a computer. On second thought, that sounds a lot like a modern smart home, consisting of Google Assistant or Amazon Alexa controlling and coordinating the actions of products like smart refrigerators, smart light bulbs and switches, smart doorbells, smart TVs, and of course, smart toasters. Sure, Google Assistant and Alexa might not be as interesting to talk to as Jarvis or Rosie Jetson, but given that the vast majority of US adults own smartphones and the fact that voice-controlled home speakers have been incredibly affordable for years now, it’s hard to argue that we aren’t already living in the future. However, I’m willing to bet that Tony Stark never worried about his A.I. butler sharing his personal information. Indeed, the sci-fi future many of us already live in takes on a dystopic tint when you look closer at the devices that enable it. 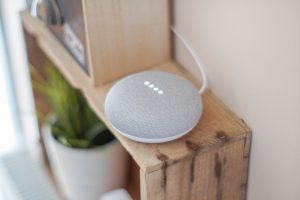 Google and Amazon, the two main players in the smart-home market, provide the masses inexpensive voice-controlled speakers for basically no profit because what users actually trade for the convenience of a smart-home device is not money but rather access to their homes. Through these devices, users can buy products and services, and the speakers direct them to choices that result in money going back to the company that sold them their speaker. Users’ queries to the speakers are collected and integrated with web browsing, location tracking, their social network, and other information to further personalize ads that can be delivered to any of their internet-connected devices. You might say, “So what?” to the smart-speaker business model. Google and Amazon’s privacy policies state they do not share your information with third parties (besides those working for them). Hundreds of millions of people already entrust these companies with their information in the form of online shopping and services, and while they can sometimes be a little creepy, targeted ads are widely accepted and can even improve the online experience. If Google and Amazon can hold up their end of the privacy agreements, what’s wrong with building a smart home around their voice assistants? 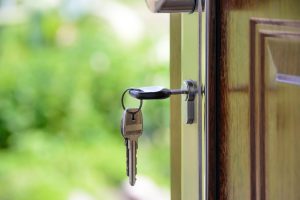 The problem lies with other internet-connected products necessary for a smart home, many of which have more lax data privacy and security infrastructure. For example, Ring, which sells home security systems based around video-doorbells, has been criticized heavily for its practices which left users vulnerable to hackers, not to mention encouraging users to share video with police departments. The ethics of helping police surveil neighbors aside, the ease with which bad actors can access improperly set up Ring video cameras is alarming and directly opposes the intentions of any consumer security-minded enough to install video cameras in their home. Televisions are a more popular smart device than doorbells that can compromise the privacy of a home. Smart televisions are connected to the internet and can recognize the content you watch in order to deliver targeted content. Compared to Google and Amazon, however, television manufacturers are more free with user information and more prone to security breaches. Samsung controlled more than 40% of the North American television market in 2019, and their privacy policy allows them to share with third parties any information they collect from users, including voice recordings. In 2017, the Federal Trade Commission fined Vizio for collecting user information without consent, and that same year, WikiLeaks released documents alleging that the CIA can hack smart TVs and use their microphones as listening devices. There are few new non-smart TVs for sale. Just like with smart speakers, manufacturers make little money selling TV hardware, at least at the lower- and middle-end of the market. The real money is in data, and the purchase of a television means years of access to observing a household’s behavior. And unlike with smart light bulbs, refrigerators, and doorbells, there are no reasonable dumb alternatives to smart TVs for the consumers that care about their privacy. As consumer demand grows for smarter, connected home goods, other products may end up just like the television: always watching us back. There’s a chance we’ll all be living in smart homes soon, whether we want to or not.