School of Information Sites
Skip to main content
Home / 2020 / July / 06 / Surge Pricing – Is it fair?
Surge Pricing – Is it fair? By Sudipto Dasgupta | July 3, 2020 What is Surge Pricing? Surge pricing by rideshare companies like Uber, Lyft originates from the idea to adjust prices of rides to match driver supply to rider demand at any given time. During periods of excess demand, the number of riders is high compared to the cars and customers need to wait for a longer time. The rideshare companies increase their normal fare. The fares are increased by a multiplier which depends on the demand in real time. Whenever rates are raised due to surge pricing, the app lets riders know. Some riders will choose to pay, while some will choose to wait a few minutes to see if the rates go back down. Most of us who are regular users of the apps would have encountered surge pricing as depicted below. 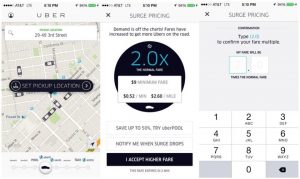 Fig 1 : Surge Pricing A brief history Surge pricing is based on the concept of dynamic pricing which is not new. In the 1950s, the New York subway faced a problem. At peak times, it was overcrowded; at other times, the trains were empty. William Vickrey suggested the abandonment of the flat-rate fare in favor of a fare structure which takes into account the length and location of the ride and the hour of the day. This was called as peak-load pricing. The ride share apps extends the concept of peak-load pricing through their surge prices. The difference is that the price calculation is not only dependent on peak load but also on other factors like driver availability, weather, zip code, special events , rush hours to mention a few. The apps rely on algorithms which are opaque to the consumer to compute the multiplier. The factors which influence the prices are not transparent to the riders. Consciously or unconsciously we as riders accept the convenience in exchange of cost. We may not even check the fare multiplication factor while availing for a convenient ride. Fairness Concerns The opaque algorithms of surge pricing do raise multiple fairness concerns. Prices on Uber and Lyft rose to as much as five times normal rates in the immediate aftermath of a deadly shooting in downtown Seattle in January 2020. The automated surge pricing lasted for about an hour and drew widespread criticism before the companies manually reset prices to normal levels. In 2015, Spencer Meyer, a Connecticut Uber rider, sued Uber co-founder and then-CEO Travis Kalanick, alleging that Uber was engaging in price-fixing. Uber came under criticism for hiking prices during a hostage crisis that was unfolding in Sydney in 2014. They subsequently apologized for the same. An analysis conducted by Akshat Pandey and Aylin Caliskan from George Washington University indicates possible disparate impact due to social bias based on age, house pricing, education, and ethnicity in the dynamic fare pricing models used by ride hailing applications.

Fig2 : City of Chicago ride-hailing data. The colors in each chart designate the average fare price per mile for each census tract. The authors analyzed 100 million rides from the city of Chicago from November 2018 to December 2019 and reported increase in ride-hailing prices when riders were picked up or dropped off in neighborhoods with a low percentage of 1) people over the age of 40, (2) people with a high school education or less, and 3) houses priced under the median for Chicago. The surge pricing manifests as decisional interference for the riders. Biases in the training data influence the outcomes of the algorithm. Hence the question arises what data are the algorithms trained on? How can the ride sharing apps reduce the opacity of the algorithms? Is it possible to explain the AI models behind the algorithms given the apps are used by a diverse group of riders with different levels of technology understanding? What ridesharing companies have to say? “When demand for rides outstrips the supply of cars, surge pricing kicks in, increasing the price,”. Uber said that surge pricing reduces the number of requests made during a peak time, while drawing more drivers to busy areas. “As a result, the number of people wanting a ride and the number of available drivers come closer together, bringing wait times back down.” Looking Forward Answering the questions on the opacity of the algorithms is important for addressing the fairness concerns. Can the complex algorithms be exposed to the users? The ride sharing apps can have simpler mechanisms to explain the multiplication factor and make it more predictable for the riders.