Bio: Jenna Burrell is a Professor in the School of Information at UC Berkeley. Her research focuses on how historically and systematically excluded communities adapt digital technologies to meet their needs and to pursue their goals and ideals. She is the co-director of the Algorithmic Fairness and Opacity Working Group, which brings together faculty and students from across the UC-Berkeley campus to facilitate research on how algorithmic systems can be designed, used, or regulated to support more equitable and just societies. Burrell is the author of Invisible Users: Youth in the Internet Cafes of Urban Ghana (The MIT Press). She is currently writing up her research findings from a multi-year project about rural communities that host critical Internet infrastructure such as fiber optic cables and data centers. She earned a PhD in Sociology from the London School of Economics and a BA in Computer Science from Cornell University. 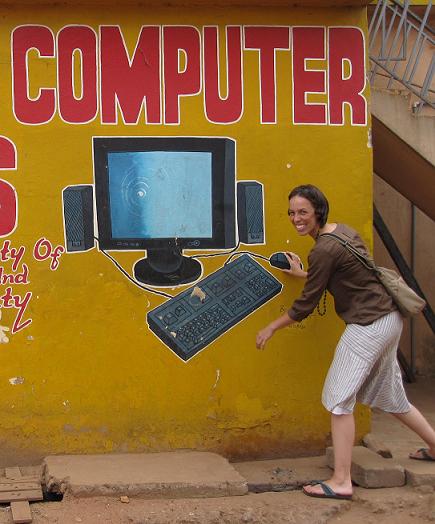 Affiliations: Center for African Studies and Center for Science, Technology, Medicine and Society

Big Tech Is Coming to Small-Town America, But There’s a Catch – quoted in this article on Time.com

Future Historians Probably Won’t Understand Our Internet, and That’s Okay:
Archivists are working to document our chaotic, opaque, algorithmically complex world—and in many cases, they simply can’t – the Atlantic, referencing my paper on opacity in machine learning algorithms

Online, some are more equal than others: Much is made of the internet being a level playing field. Tell that to the kids in Ghana. – coverage of Invisible Users in The Guardian.

ICTD at the University of California Berkeley, interview for Crossroads: The ACM Magazine for Students. Volume 19, No. 2.

Blatancy and latency: Why internet scams seem so obvious, The Economist, June 2012, brief mention of work on scamming.

The Representation of Ghana, May 2, 2011, commenting on the ‘sakawa’ (Internet scamming) phenomenon in Ghana and a recent documentary’s misrepresentation of it – for the blog ‘Africa is a Country’

Professor Receives Grant for Research on Technology in Developing Countries, October 22, 2010, article in the independent student newspaper on NSF grant.