Design Considerations for All Technologists 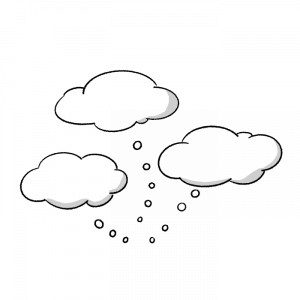 Although there are opportunities for technological tools specifically for public defenders, anyone building software in the private sector, especially in data-driven systems, should keep the needs of public defenders in mind, to better ensure that the information which (very often) flows into the criminal justice system is used fairly. We encourage technologists to think critically about the data artifacts that their systems produce, what legal standards protect these artifacts, and how they might be used in court. As such, technologists should have a plan for responding to those requests in a legal, fair, and narrow way.

We suggest the following design prompts:

What technical artifacts does your system create which might be useful for prosecuting or solving a crime? Who is implicated in the data that we store?

Think carefully about which format you store your data in and what it exposes not just about your users, but about the people your users would interact with if they were to obtain it. For instance, you might store data that could implicate someone who is an indirect (i.e., secondary or tertiary) user such as someone who works or lives in the user’s house or community.

Search warrant requests often only require access to a subset of a user’s data (i.e., communication in a certain time frame or between a few people). However, our respondents said that companies would return the full history of someone’s social media data dump and leave it to law enforcement to redact what they did not need. By developing an intentional technical process for responding to warrants and subpoenas in a legal context, you protect the privacy of your users and anyone whose information is inadvertently tracked by your system.

What legal standard protects these artifacts?

However, most data which is not protected by the Electronic Communications Privacy Act, 1986 can be requested by law enforcement, prosecutors, or defense counsel with a simple subpoena (which does not include review by a judge). The Stored Communications Act protects communications such as emails, messages, and recordings of phone and video calls for 180 days.

See this discussion for how these provisions apply to social media posts.

Are there ways we might possess exonerating evidence for someone accused of a crime?

For example, any system which gives reference to someone’s location might be useful as an alibi.

What would legal council need to do to interpret the data we give them? To present it to a judge?

If data is in a proprietary format, or requires special software to interpret it, it may only be useful to whichever party has the most technical resources.

We recommend that barriers to interpretation of the data be made fair and intentional. If you already have a system which tags data by time, it may make sense to return it in that way to a user. Consider instances where you might need to provide informational resources to attorneys, and think about data extraction accordingly.

As an example, consider a public defender we spoke with who received a log file of the computer system in a Tesla which was implicated in a vehicular homicide.

What process do we have for responding to that person or their defense council?

Process was a huge pain point for public defenders. Often they were unable to get data that they were legally entitled to because the person or entity to whom they issued a subpoena was slow to comply or complied in a way that rendered the information useless.

Though public defenders should be able to hold someone who does not respond to a subpoena request in contempt of court, they often lack the resources exercised by law enforcement to enforce their data-gathering rights.

How Can I Get Involved?

If you are interested in building tools or have worked in indigent defense and would like to be interviewed, please reach out to rachel_warren at berkeley.edu

Link to other work in the space: